KHON reported that there was a brush fire in the Kahuku Training Area this afternoon:

The Honolulu Fire Department reported that the Kahuku Training Area fire is contained. All firefighting operations were concluded by 5:45 p.m. Army Range Control personnel will monitor the fire area overnight.

The Honolulu Fire Department is working with the Federal Fire Department and Army Fire to contain a small wildfire in the Army’s Kahuku Training Area, approximately 1-2 miles above Kamehameha Highway. There are no reports of property damaged or threatened by this fire and no reports of injuries.

The Army is not allowed to do live fire training in Kahuku.  So I wonder what the source of the fire was.  The recent fire in Lualualei that burned more than 1200 acres began inside the Navy base.  Sometimes, old phosphorous illumination rounds left behind from past training activity have been known to spontaneously ignite when exposed to air.   This is a continuing problem in Lihu’e, where the Schofield Training Range is located.

Recently in San Onofre, CA, a woman suffered burns when her shorts burst into flames.  The fire was caused by strange “rocks” picked up at the beach:

Lyn Hiner, a 43-year-old California mom, is in the hospital recovering from second- and third-degree burns after some colored rocks her family found on the beach exploded in her shorts pocket and caught fire, ABC News reports.

Hiner’s daughters found the green and orange rocks during an outing to San Onofre State Beach in southern California and gave the rocks to their mother.

When Hiner and her husband, Rob, were preparing to go out that night, the rocks erupted in her pocket, she told ABC News.

Scientists investigating the incident say the seven rocks that Hiner’s daughters brought back contained traces of phosphorus, the chemical found on the tips of matches, ABC News reports.

In 2007, a series of news stories reported that pieces of ocean-dumped munitions were washing ashore in Wai’anae and that homeless residents were stringing these into “Hawaiian Jade” to give to tourists.   Could it be that incidents like this are the origin of the urban legend that bad things happen to visitors who take rocks from Hawai’i? 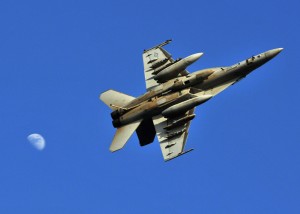 U.S. Navy and Air Force aircraft, as well as aircraft from some of the other 21 participating nations, will begin arriving at Joint Base Pearl Harbor-Hickam this week.

Navy fighter aircraft began training over PTA on June 24 and will continue until July 1. They will also train from July 7-9. RIMPAC is scheduled to begin officially on June 29 and conclude Aug. 3.

All noise abatement complaints can be directed to the RIMPAC Command Information Bureau at (808) 472-0239. For more information about RIMPAC, visit the exercise website at www.cpf.navy.mil/rimpac