There are many reasons I thank you for signing the petition to stop the naval base on Jeju Island –  and any one would be enough.

First, nine years ago when I saw this island at the tip of South Korea, I couldn’t believe my eyes. It is said that the only people who do not know Jeju is the most beautiful place on earth are those who have not seen it. From snow peaks, wild flower covered hills and ancient nutmeg forests to goddess groves and coral reefs, there is good reason why UNESCO named it a World Natural Heritage Site.

That would be enough.

So would the truth that the world does not need one more monument to death and destruction taking money, human effort, energy and resources away from preservation and life. As an American, I am ashamed that a naval base is being built to support U.S. nuclear-powered submarines – the same ones now being serviced elsewhere. As global citizens, you and I have a duty to stop it.

This May, I went to Jeju again, and saw two more living realities.

First, I stood on the edge of the sea where volcanic rock carries fresh water streams down from the snow peaks, and saw workmen breaking up those rocks so that their huge machines could descend and pour cement over living coral reefs. Even the dolphins were crying.

Then I met with dozens of people from Gangjeong which is the closest village. They’e been living in tents on this shoreline for four years, braving weather, arrests and absence from their families in order to protest a naval base that endangers their land, their livelihoods and their guardianship of this ancient island. Only bribes and illegalities have given the government of South Korea any pretense of democracy. The people want you to know that is a lie.

Several outsiders there – from South Korea itself and from as far away as France – came to support them, and just stayed. One young couple have been there for six weeks, with only the clothes they arrived in.

This contagion is causing the South Korean Defense Minister to pressure the Prime Minister to accelerate its construction. It has caused the Navy to say it will destroy the trail to the protestors’ camp and cut local power lines that broadcast this resistance.

In other words, the resistance is working.

This is how you and I can help the villagers, save our World Natural Heritage, and stop natural destruction in the name of military destruction:

1. Forward this petition to at least 10 friends and family. If each signer does this, we could have nearly 20,000 more signatures –fast.

2. Go to the website: www.savejejuisland.org and do at least one of the actions on the “Get Involved” page.

If we stop this naval base, it will be contagious for peace, the environment, and democracy.

Jeju Island means Women’s Island. It stands for an ancient balance. We must save it from the cult of militarism that endangers us all, women and men.

The following article by Gwisook Gwon in Japan Focus gives an excellent history and context of the struggle against a naval base in Jeju:

In May 2011, ‘Vimeo’ and ‘Youtube’ posted a film interview with Korean film critic Yang Yoon-moo.1 The interview shows why Yang has struggled against the naval base building for 4 years in Gangjeong village, Jeju Island south-west of the mainland of Korea and strategically located in relation to China, Japan, Korea and Russia. 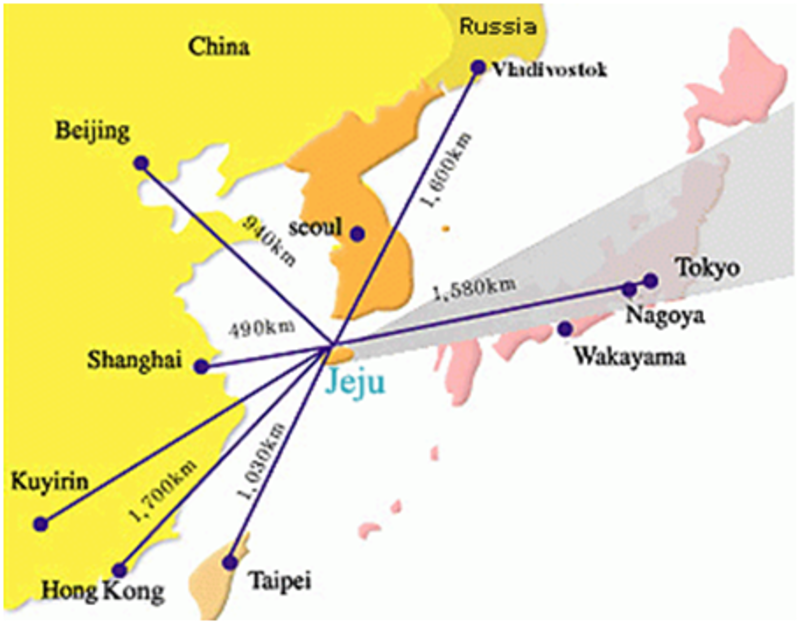 In addition, the film shows his forcible arrest by police on April 6, 2011. Following his arrest he maintained a hunger strike for 71 days including 57 days in prison. Why did he (and fellow residents of Gangjeong village) conclude that have no other choice than to risk their lives to prevent the construction of a base?

The movement against construction of a naval base on Jeju Island began in 2002 when the Korean navy announced plans to pursue an ‘ocean navy strategy’ to build military strength at sea through deploying large warships (Chosun.com, May 27, 2007). Challengers pointed out that the base would become a center for a naval arms race in the Asia-Pacific and a new phase in the ROK-US military alliance with Jeju as a focal point for monitoring and challenging China.2 With both China and Japan strengthening their naval forces with the newest vessels and submarines,3 peace activists have contended that the new base could only intensify hostilities throughout the region.4